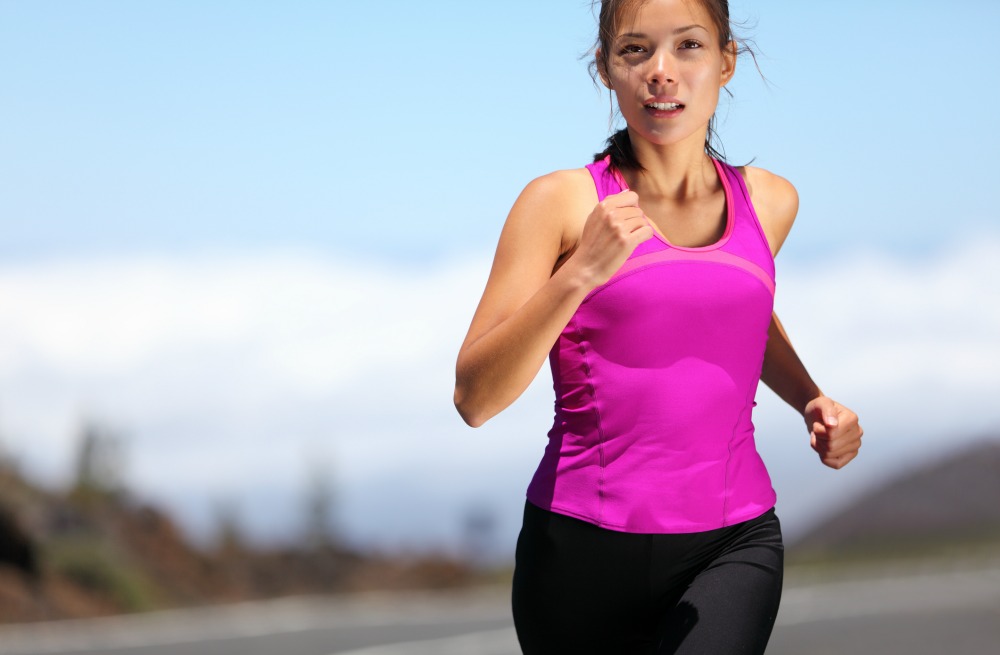 “Invest in a great shoe. It’s worth it because it supports your joints.”

Celebrity trainer Jeanette Jenkins — who works with Alicia Keys, Pink, Tia Mowry and Amber Rose — will be running her first marathon on behalf of Keep a Child Alive in New York City on Sunday, so she knows what it takes to train for a 26.2-mile run.

Whether you’re considering running a marathon or just want to get into the hobby casually, Jenkins has you covered with the best ways to incorporate running into your fall fitness routine:

If training for a marathon, give yourself at least 17 weeks to prepare — preferably more.
“I would actually recommend deciding a year in advance if you’re going to do a marathon,” Jenkins told PEOPLE ahead of her Apple Store discussion about fitness and marathon training on Friday. “It shouldn’t be a last-minute decision.”

During the 17-week training period, dedicate at least three days a week to running, with two short runs (three to six miles) during the week, and one long run (six to 20 miles) on the weekend.

“The long runs build up from 6 miles to 10 miles to 12 miles to 17 miles, until eventually there’s one long 20-mile run,” she explains. “That 20-miler should be at least six to seven weeks before the actual marathon. That gives the body time to recover before continuing with shorter runs for the last six weeks.”

Jenkins emphasizes the importance of setting aside time for the longer runs.

“The long runs take anywhere from an hour and a half to three hours, depending on your speed and pace,” she says. “You have to have one day a weekend when you can allot three to four hours for your long run. That’s where I think a lot of people fall off, is having the time.”

If you’ve never run before, start by walking three miles.
“I still recommend scheduling three ‘runs’ in a week.” says Jenkins. “For the first one, walk. Then do one minute of running and one minute of walking, and every week, increase the distance of the running portion. So the next week go up to two minutes, and the next go up to three minutes, and the next four — with still only the one-minute recovery. Usually when I get a client to the point of running for 15 minutes, they can usually jog the whole way. Fifteen minutes is the threshold.”

READ  The 8-Minute Circuit to Help You Avoid Winter Bod

Invest in a a comfortable, supportive running shoe.
“If you go for a run and your feet hurt or your knees hurt or your ankles hurt, then you’re not going to do it again,” says Jenkins. “Invest in a great shoe. It’s worth it because it supports your joints.”

Cross-train three days a week to strengthen joints and prevent them from becoming overworked.
“Do one day of strength-training for your joints, at least one day of yoga or Pilates, and one day of another form of mixed cardio, like kickboxing or boot camp,” says Jenkins, who also advises resting one day a week. “The other form of cardio is important to move the joints in a different direction, because when you’re running, you’re just doing that forward motion. Doing one other cardio exercise that incorporates lateral movement will prevent the joints from becoming overused.”

Don’t forget to warm up before a run, and stretch well afterwards.
Before a run, do a dynamic warm-up such as power walking, heel kicks or knee-ups. After a run, it’s important to stretch your quads, calves and hip flexors.

“The most important stretch that most runners miss is the hip flexor stretch,” says Jenkins, who recommends pigeon poses and cross-legged stretches. “Hip flexors gets extremely tight from running and can cause lower back pain.”

For the full story, go to People.com